Forbes Magazine declared the president Personality of the Year 2019 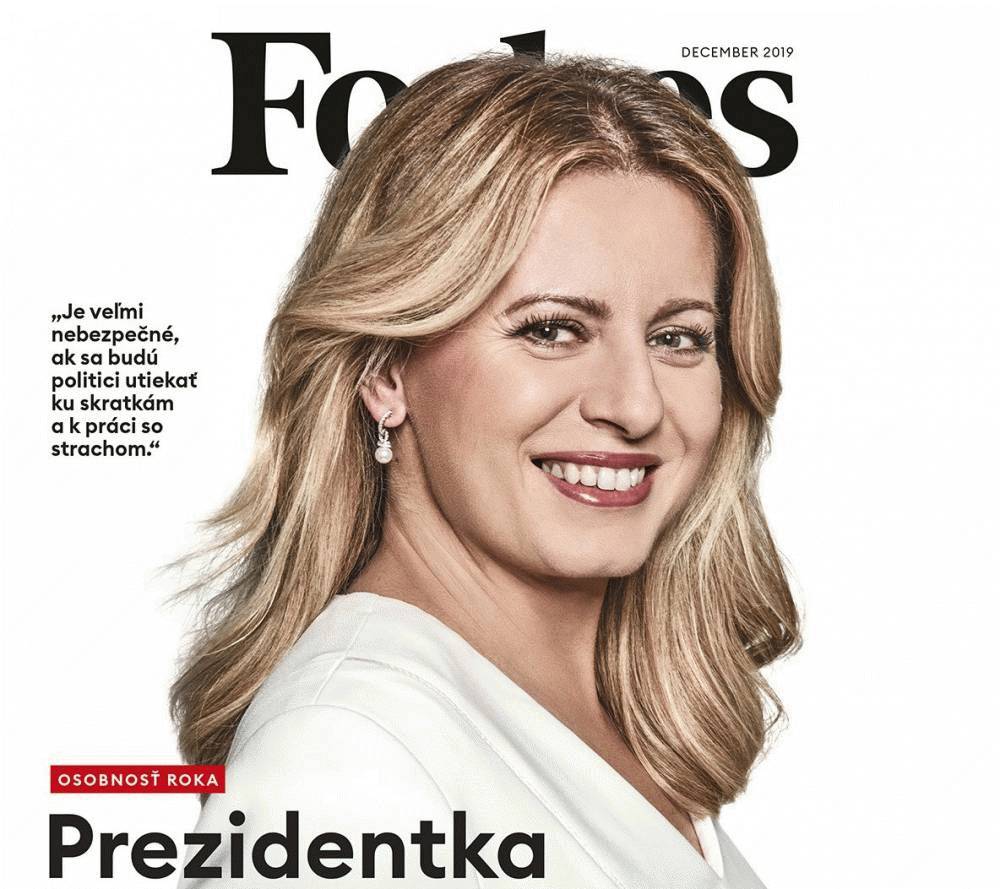 The Slovak edition of Forbes magazine has lauded President Zuzana Čaputová as their Personality of the Year 2019. She accepted the award at a gala evening on Monday 02 December 2019. The magazine staff see in her a sign that change is possible and that there are different ways of doing politics than we have seen so far. Zuzana Čaputová is the first woman to win the award since the magazine launched it in 2014. On the occasion, the president gave an extensive interview and appeared on the cover of the December issue of Forbes magazine.