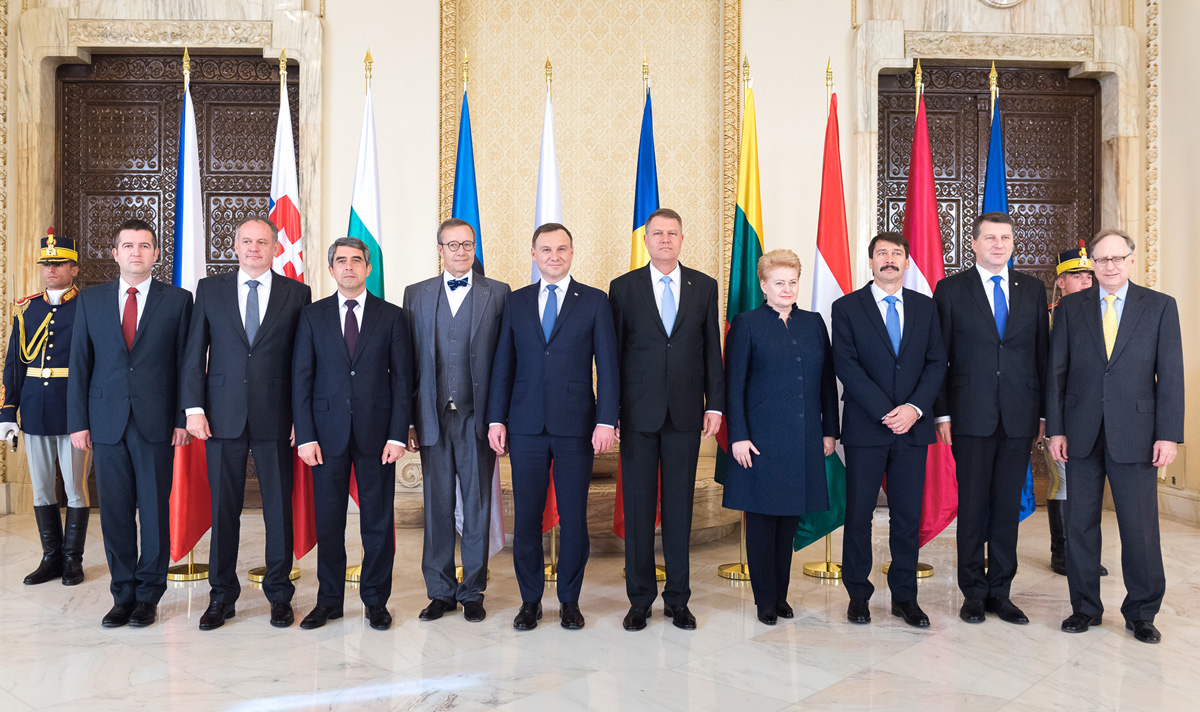 Reaffirming our strong attachment to the values of freedom, democracy and human rights, as well as to the principles of international law, especially those of states’ sovereignty, territorial integrity and inviolability of borders, which are vital to the security in the Euro-Atlantic area;

Underlining our firm commitment to:

- a strong North-Atlantic Alliance, built on solidarity, capable of responding effectively to the long term security challenges and threats we face in our neighbourhood, in the East, in the South, and beyond;

- a solid transatlantic bond, based upon a fair burden sharing, cohesion, indivisibility of security, solidarity and shared responsibility;

- renewed emphasis on NATO’s collective defence, while paying due attention to crisis management and cooperative security;

- enlarging the area of peace, security and stability, defined by Euro-Atlantic values and principles, embodied by NATO’s partnership and open-door policies;

Recognising the volatility of the global security situation and the unpredictable character of threats and challenges faced by the entire Trans-Atlantic community;

Recalling that the aggressive Russian actions in Ukraine, including the illegal and illegitimate annexation of Crimea, the support to separatists in Ukraine, as well as Russia’s military activities in our neighbourhood are undermining European security architecture;

Noting that, in the current challenging environment, our countries have increased responsibilities in ensuring peace, stability and prosperity in the area between the Baltic and the Black Seas;

Reaffirming our enduring solidarity with our Allies in Southern Europe in coping with security threats and challenges;

Welcoming the contribution by Allies in providing reassurance measures to strengthen Trans-Atlantic security;

Acknowledging our countries’ shared interest to further develop meaningful cooperation in our region;

Emphasizing the crucial importance of the upcoming NATO Summit in Warsaw;

1. We will continue to act consistently in the spirit of NATO’s unity and solidarity, as well as to strengthen the transatlantic bond, vital for the Alliance, in order to be ready for threats and challenges wherever they arise;

2. In line with the decisions of the Wales Summit and approaching the Warsaw Summit, we will act with other Allies to strengthen the Eastern flank of NATO. The full implementation of the Readiness Action Plan and the long term strategic adaptation of the Alliance, in political, military and institutional dimensions, will be crucial in this respect. Therefore, the Warsaw Summit is the right moment to make decisions on new Allied assurance and adaptation commitments related to NATO procedures, structures, forces and defence infrastructure. Such measures aiming at strengthening our defence and deterrence will adapt the Alliance to the fundamentally changed security environment;

3. We will actively contribute to shaping the Allied strategic response to the long term security threats and risks we jointly face in the East. We will join efforts to secure, where needed, a robust, credible and sustainable Allied military presence in our region;

4. Acknowledging that proper burden-sharing and investment in security and defence are vital to defend values and interests underlying our Euro-Atlantic community, we remain committed to the 2% GDP guideline as per the Wales Defence Investment Pledge, as well as to developing our resilience and defence capabilities in accordance with commitments undertaken within the Alliance;

5. We will continue to support NATO’s open door policy which is one of the Alliance's great successes. We remain committed to support and assist the aspirant countries in fulfilling their Euro-Atlantic goals;

6. We will promote an increased cooperation with NATO partners, in particular with those in our neighbourhood, making best use of existing instruments. Assisting them in building their resilience against potential threats and their ability to contribute to NATO’s activities s is our priority. We support an integrated and truly strategic approach towards these partners;

7. Remaining gravely concerned with Russia’s continuing aggressive posturing , we will stand firm on the need for Russia to return to respect of international law as well as of its international obligations, responsibilities and commitments as a pre-condition for a NATO – Russia relationship based on trust and confidence;

8. We will maintain and intensify our involvement in shaping the common response to the emerging risks, with a special focus on hybrid warfare, cyber defence, energy security and strategic communication;

9. Given the complexity of current threats and challenges, we will advocate the deepening of the NATO-EU cooperation;

We are committed to further use this open platform of consultations and dialogue to promote joint approaches and common projects to the benefit of Euro-Atlantic security.