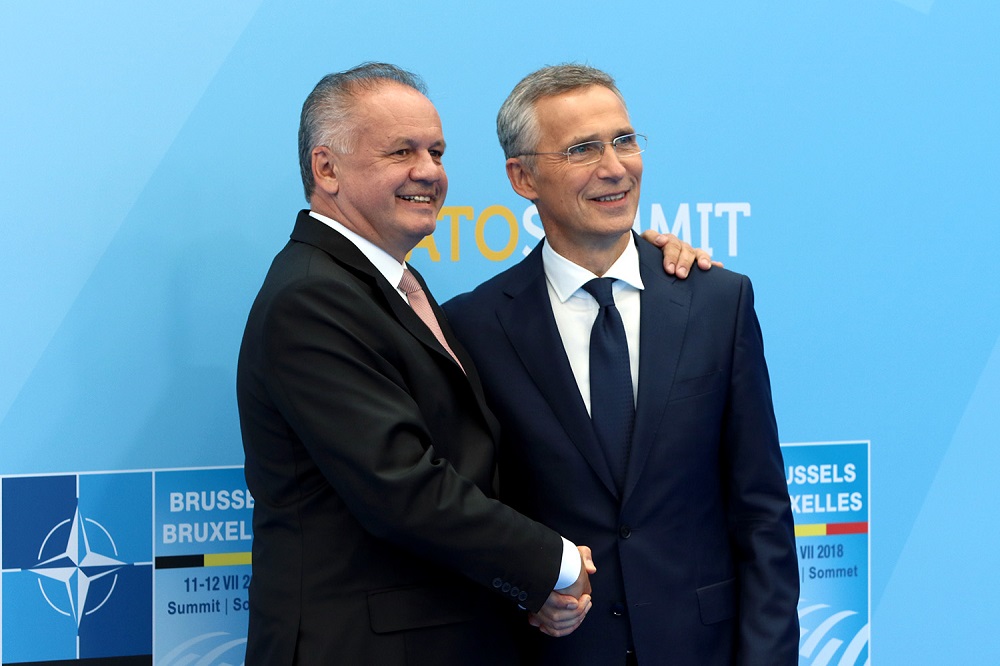 On Thursday, February 28, 2019, President of the Slovak Republic Andrej Kiska will host a meeting of Heads of State of the Bucharest 9 (B9) countries - Bulgaria, the Czech Republic, Estonia, Lithuania, Latvia, Hungary, Poland, Romania and Slovakia. NATO Secretary General Jens Stoltenberg will also participate in the meeting.

Heads of State will discuss the current security situation in Europe and its neighbourhood. Two guest speakers, Edward Lucas, a renowned analyst on hybrid threats and former editor of the weekly The Economist, and Miriam Lexmann, director of the European branch of the International Republican Institute in Brussels, were also invited to the presidential debate on issues related to cyber threats, spreading disinformation and propaganda.

On the occasion of the presidents' meeting, a memorial will be unveiled commemorating above-mentioned important anniversaries.

10:45 Presidents and NATO SecGen arrive at the B9 meeting
- Košice, Kasárne / Kulturpark
- photo

11:15 First plenary session: "Security situation in Europe, its neighbourhood and beyond - implications for NATO adaptation"
- photo

12:45 Lunch hosted by the President of the Slovak Republic
- official photographers only

14:15 Unveiling ceremony – memorial commemorating the B9 Presidents' Meeting and the 70th Anniversary of NATO
- photo

16:30 Joint press conference by the Presidents of Slovakia, Romania and Poland