The President on Ukraine: We need the unity of the Alliance, we do not want conflict 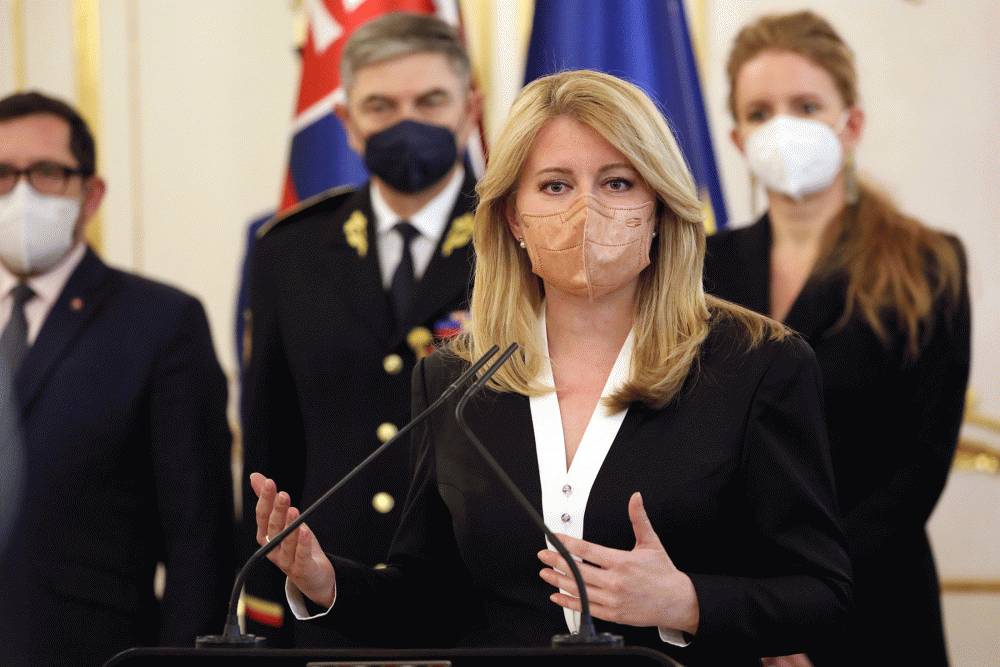 On 1 February 2022, President Čaputová issued a statement on the tense situation in Ukraine. “We neither wish for nor desire a conflict, but we cannot close our eyes to the possibility that it may occcur in our direct neighbourhood.”

According to the president, great vigilance is in order due to the increased number of Russian soldiers on the border with Ukraine. Furthermore, it is necessary to have a clear view of the situation and how it affects us. The president recalled that in December the Government of the Russian Federation submitted one ultimatum to the Alliance and another to the United States of America, which included requirements that go far beyond the situation in Ukraine, and, in some aspects are related to us. “In these documents, Russia’s political leadership demands, among other things, that not only Ukraine, but all states which are even considering the possibility of joining the Alliance one day, such as Sweden or Finland, give up this intention for good. Furthermore, they demand that the former Communist countries which are already NATO members, including Slovakia, give up the right to accept assistance, be it equipment or personnel, from their Allies without Russia’s consent.”

According to the president, this would render the commitment of the Alliance to come to our aid in times of crisis nothing more than an empty promise, and that we would be acting against ourselves if we gave away a right to any third country, Russia or any other, to veto the commitment on which the security of the Slovak Republic rests. “It would mean going back to the times when world powers divided the continent into spheres of influence. Nations, such as ours, which lost their freedom of decision-making, and whose territory became the battlefield for the power games of others, have always suffered the most. Today, political leaders of Russia want to deprive not only Ukraine, but also us, of this freedom.”

According to the president, Slovakia has never before had such freedom to decide its own destiny and to have such influence on the developments in Europe thanks to our EU and NATO membership.  “We cannot endanger this right or allow it to be taken away from us.  Like any other country, Russia has its own legitimate fears and rights.  Russian demands include some which deserve to be listened to closely, such as the proposal for a ban on certain weapon systems in Europe. And that is why it makes sense to maintain a dialogue. However, Russia’s legitimate rights do not include deciding the fate of other nations, regardless of their own interests.”

The president is convinced that today’s tense situation does not call for tough talk but for a firm stand and wise steps. “First among them is unity and decisiveness in rejecting any return to spheres of influence. Let us listen to those Russian demands which appear to be legitimate and discuss them. But, please, let’s not make any compromise when it comes to the core principle: that every country, including Ukraine, has the right to decide where it wants to belong. Because if we deny Ukraine this right today, where is the guarantee that the same will not happen to us one day? Let us help Ukraine, because by helping them we help ourselves and we help the peace.  Let us not give anyone any reason to believe that Slovakia and Europe will be split between Moscow’s friends and foes. This is no time for politicking. I want to believe that peace in Europe is something that all political parties and reasonable people agree on.”

According to the president, we need to thoroughly examine our own crisis management and defence systems. “We neither wish for nor desire a conflict, but equally, we cannot close our eyes to the possibility that it may occur in our direct neighbourhood. The fact that we are not in Russia’s crosshairs not mean that we won’t be affected by the conflict. We cannot afford to act as an indecisive and weak link on the Alliance’s eastern flank. In this situation, we need to support the unity and solidarity of the Alliance and demonstrate our willingness to continue to contribute to our collective security. I am convinced that reinforcing the defence on our eastern border, as well as all of NATO’s eastern flank by Allied forces, is in our own interests.”

In conclusion, the President urged us not to lose our sense of judgement, to keep calm and critically distinguish between facts and propaganda. “Are we prepared to believe that Ukraine and the Alliance are aggressors in this situation? Because numbers and facts do not lie. It was not Ukraine which attacked Russia in 2014, but vice versa. NATO is not amassing armies on the border with Russia, but vice versa: Russia has 100,000 soldiers on the Ukrainian border; the Alliance has only 5,000 Allied forces on the border with Russia, and our soldiers in Latvia are among them. It is no provocation to clearly stand up in defence of principles and rules which ensure peace in Europe for everyone. Our decisiveness, unity and determination will help us protect the values which are also crucial for the Slovak Republic: territorial integrity, sovereignty, peace and the right to self-determination.”