The president accepted the resignation of Peter Pellegrini’s government 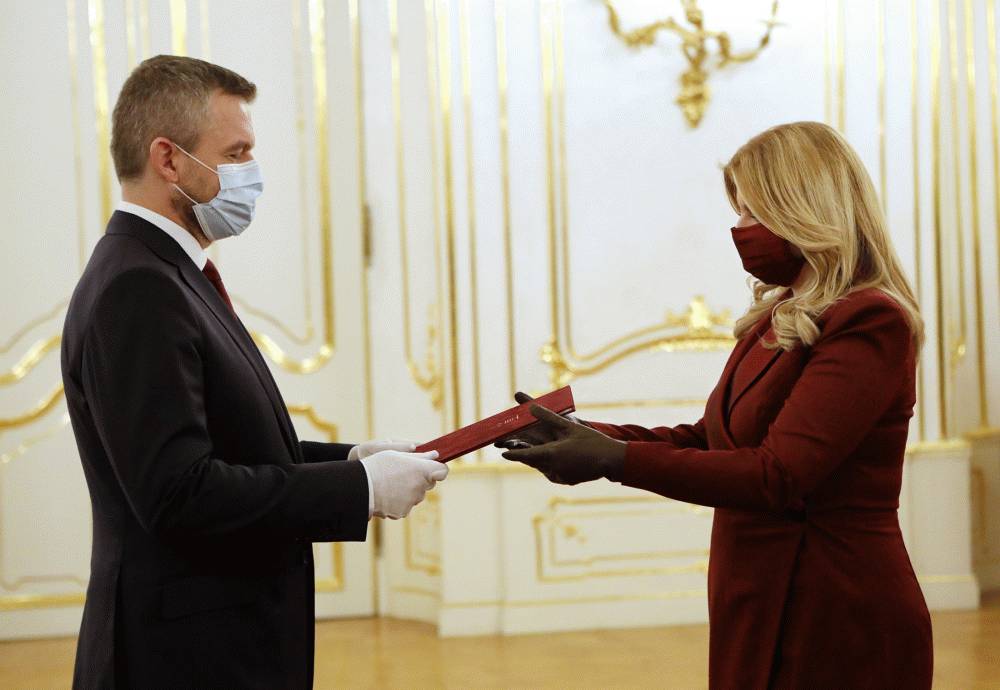 On 20 March 2020, following the inaugural meeting of the National Council of the Slovak Republic, President Zuzana Čaputová accepted the resignation of Peter Pellegrini’s government at the Presidential Palace. In her speech, she thanked the prime minister and the members of the government for the work that they had done for the benefit of the Slovak Republic and its people.  “You took office just a couple of days less than two years ago. It was a time of great political and social turbulence after the tragic events of February 2018. However, those protests also reflected long-standing problems in society, especially in the police, the prosecution service and the courts.”


The president expressed her appreciation for several positive changes that the government had achieved. "The country experienced stable economic growth, unemployment decreased and there were relatively low rates of poverty and income inequality. Workers in the civil service, education, defence and health care received pay increases and average monthly earnings grew. These are all praiseworthy indicators.”

The president was, however, sorry that the positive developments had not gone further. “In its evaluation of recent developments in Slovakia, the European Commission said that we had not made the best use of the good times for deeper changes in areas that are the key to the future prosperity of our republic. We may miss such measures in the months and years following the crisis caused by the measures we are taking to fight the coronavirus. I am especially saddened by the huge divides that exist in our society, which have not been successfully bridged, and the miscarriages of justice linked to intense distrust of the judicial system.”

Nevertheless, the president said that the prime minister and other ministers in the task force deserved credit for the prompt response to the enormous health challenge now confronting the Slovak Republic. “I appreciate the fact that you have taken strong action and that you communicated your decisions to the public clearly and persuasively. I also greatly appreciate the fact that in a time of crisis, you came to an understanding with the incoming prime minister and the transfer and takeover of power is taking place in a culturally and socially civilised manner. It is taking place in a way that does not harm public confidence in the state authorities.”

The full text of the president’s speech is available HERE.