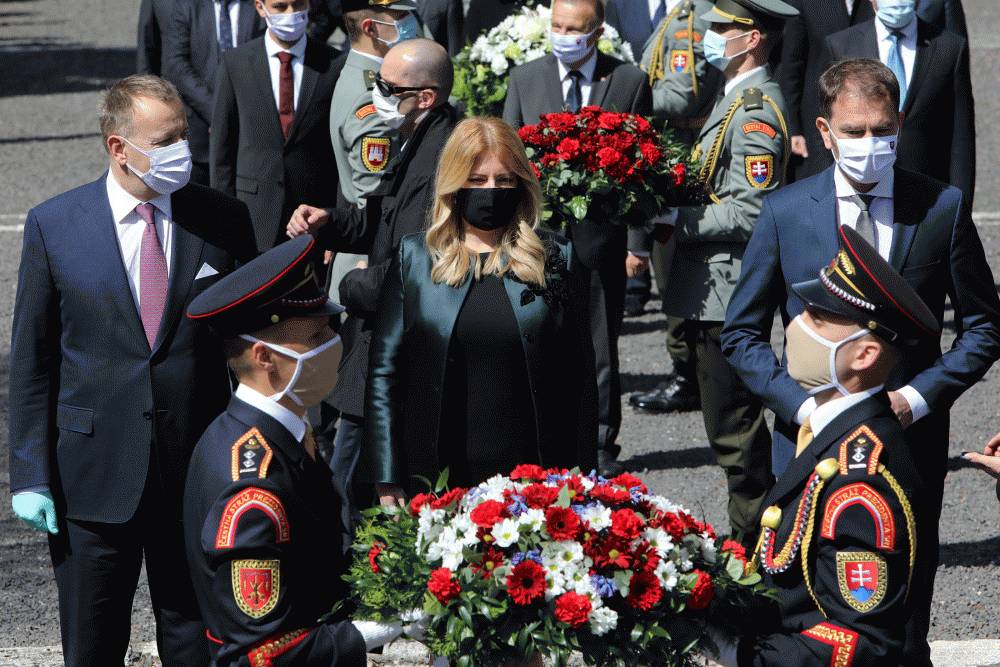 On 08 May 2020, President Zuzana Čaputová commemorated the 75th anniversary of the end of the Second World War and the Day of Victory over Fascism. Together with President of the National Council of the Slovak Republic Boris Kollár and Prime Minister Igor Matovič, she laid a wreath at the Háj-Nicovô War Cemetery in Liptovský Mikuláš.

The president described the end of the Second World War as the most important event of the previous century. “We have gathered here today not only to commemorate the endless suffering that the war caused and its millions of victims but also to celebrate a historic victory – victory over fascism. The monument at Háj-Nicovô shows that we also stood on the right side in the struggle to save humanity and European civilisation. I pay tribute and respect to all those who fought in this conflict and made the ultimate sacrifice, their own life.”

In the afternoon, the three highest constitutional officials also paid their respects at the monument to the victims of the Second World War on Slavín Hill in Bratislava, where thousands of Red Army soldiers are buried.