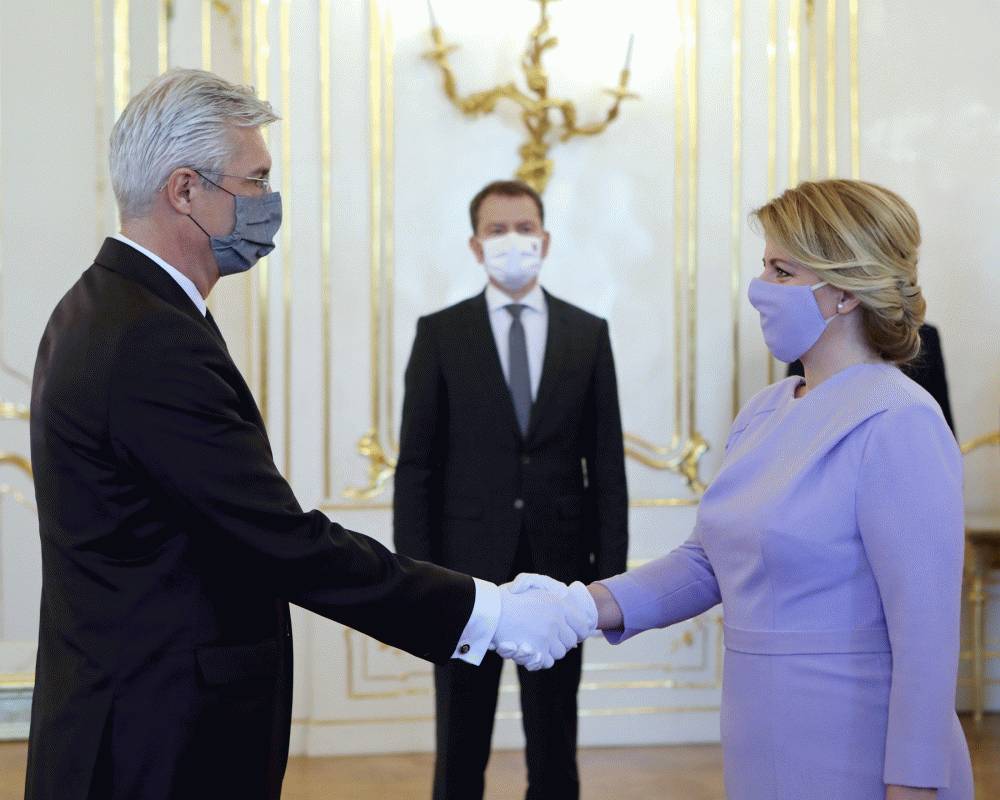 The president noted that Ivan Korčok is one of Slovakia’s most experienced diplomats having held many functions in the country’s diplomatic service in a career lasting nearly three decades. The president said that he had shown his professionalism and expertise in every post.

“I expect our foreign policy to make a significant contribution to the good name of the Slovak Republic in the international community. I believe that under your leadership the ministry will promote and protect the values of freedom, democracy, the rule of law and international law. I expect that you will contribute to Slovakia’s recognition as a friendly partner in the European Union and a reliable ally in NATO. As a country that is able to show solidarity and fellowship and as a country with which our allies and partners are happy to cooperate.”

The president emphasised that in the current situation everyone was aware that the foreign ministry was also primarily concerned with dealing with the pandemic threat and she was sure that the minister would seek out opportunities for the best and closest cooperation with Slovakia’s neighbours and other states so that international cooperation and coordination would strengthen rather than weaken during the crisis.

“The duties and competences that the Constitution of the Slovak Republic assigns to me as president of the republic and to you as minister of foreign affairs can be fulfilled successfully only when we work together. I want to assure you that you can rely on my good will for cooperation and I believe that I will also be able to rely on your cooperation and assistance. I look forward to working with you in future.”