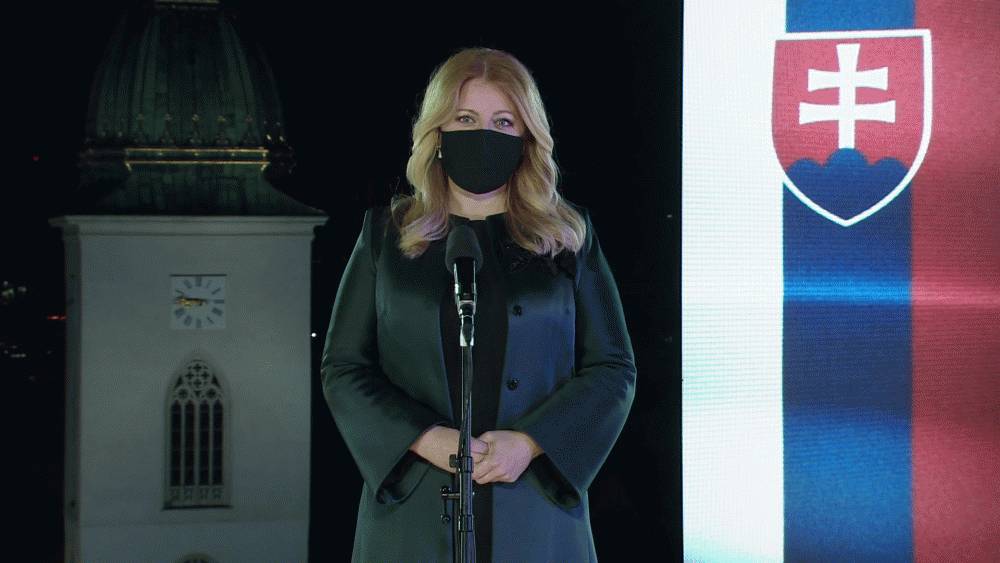 Friday 08 May 2020, the Day of Victory over Fascism, as part of a special RTVS
television show marking the 75th Anniversary of the End of the Second World
War.

The president reminded viewers that the
celebrations in May 1945 were not just about release from the endless wartime
suffering, but above all for a great historic victory – victory over fascism. “They were celebrating the defeat of a
twisted and ruthless ideology that could only have emerged from a deranged
mind. Only a maniac could conceive the idea that one nation was destined to be
the master race to rule the world and make all the others its slaves. It is
terrifying to imagine how close this insane dream came to fruition. Hitler’s
armies had occupied Paris, bombed London and come within a stone’s throw of
Moscow. That is why millions of people were so delighted when they were stopped
and defeated.”

The president said that the wartime generation
had made huge sacrifices and borne unimaginable suffering to save the world of
inalienable rights and freedoms, democracy, and the rule of law. “Today we give thanks for all our liberators
and recall that in the Slovak National Uprising, we also took a stand for the
right side in the battle to save the world. The struggle to preserve humanity
and European civilization. The fight for our homeland and the right of its
citizens to live free.”

The president emphasised that without our allies
in the anti-Hitler coalition, Slovakia’s history would have come to an end. In
the president’s view, the Slovak Republic owes its existence as a free and
sovereign state to the defeat of fascism and we must never forget the truth of
this, which deserves to be commemorated even after three quarters of a
century.

“Given what we know about the
historical evil of Nazism and fascism, it is very disturbing that there are
people and groups that continue to sympathise with them so many decades after
their defeat. They defend themselves by talking about freedom of opinion. It is
our duty as a society to expose those who espouse, even in concealed or
symbolic form, a criminal ideology that caused the death and suffering of tens
of millions of people. It would be an insult to the victims and the legacy of
the wartime generation to wave our hands at the clenched fists and tolerate
this intolerance. We have a sacred duty to everyone who contributed to the
defeat of fascism: We must never allow history to be repeated.”

In conclusion, the president linked the historic
events with the current pandemic and said that it was our duty not only to save
the world of prosperity, freedom and democracy but to pass it on to our descendants
in the best possible condition.

The full text of the president’s speech is
available HERE.